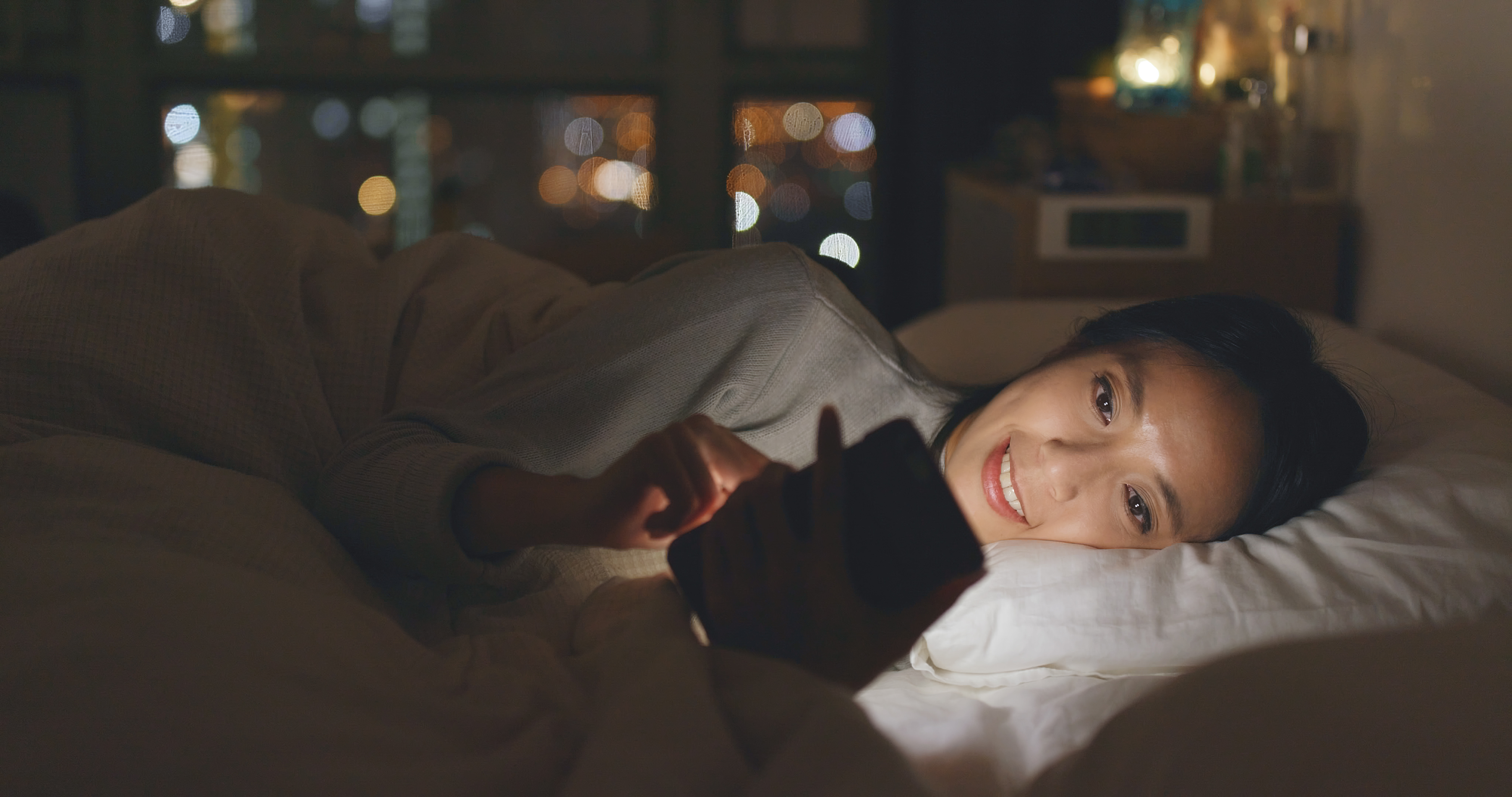 Health experts have known about digital eye strain for a while, and the potential for all that blue light from digital devices to do eye damage. But can screens damage your skin, too?

What is blue light?

Blue light, is part of the spectrum of visible light, a high-energy, short-wavelength light (not to be confused with UVA or UVB rays).

The main source of the blue light we’re exposed to is the sun. However, we also get a significant dose from our computer screens, phones in fact all digital devices and indoor lighting. “It has been reported to contribute to eye strain as well as cataracts, glaucoma, and other eye disease.”

Is blue light damaging your skin?

Recently, you might have noticed your favourite skin-care brand Tibby Olivier launched the Five Phase Ritual skincare system, NEW blue-light-fighting products — so, does that mean it’s damaging your skin? “Visible light, especially in the blue wavelength, has become a hot topic in skin care, as there is mounting evidence that supports its contribution to photo-ageing, including wrinkles, worsening skin laxity, and hyperpigmentation.”

Research on how blue light affects your skin is ongoing, but what dermatologists know so far doesn’t look good. One study of the effects of blue light on the skin, published in the Journal of Investigative Dermatology in 2010, found that exposing skin to the amount of blue light we get only from the sun caused more pigment, redness, and swelling than when the same person’s skin was exposed to comparable levels of UVA rays.

The effects were mostly observed in people with darker easier to detect skin tones, but the researchers noted that pigmentation also lasted longer. “This study absolutely made us realise that blue light produces visible skin change, including redness and pigmentation.”

Another study published in Oxidative Medicine and Cellular Longevity, suggested that exposure to blue light might stimulate the production of free radicals in skin, which can rapidly accelerate the appearance of ageing.

The blue light effect on skin still needs more research, though early evidence seems to suggest it has the potential to be very damaging.

At Tibby Olivier we believe in preventative rather than curative, so we started working on protecting blue light actives a while ago and now the result of our research and testing has resulted in us launching Blue Venom skincare range.

Featuring a unique blend of Bee Venom and Blue Light Protecting Actives, high performance next generation skincare. Suited to anyone who needs daily protection from their phones and computer screens, as well as office lights and the sun, especially if you are sat in front of your phone or computer all day at work, for any skin type aiding to protect against the advanced signs of ageing, helping to restore conditions of chronological ageing & digital pollution.

Blue Venom restores the skin’s adaptive capacity to overcome hypoxic stress. Limiting the appearance of free radicals and damage to the matrix caused by blue light. Blue Venom provides a true gust of oxygen, it strengthens the barrier function, smooths the skin relief and improves skin quality.  The healthy glow effect restored and the complexion radiance revived; a double deep formula that is then enhanced by the powerful effects of bee venom, help and also plump out fine lines and wrinkles, giving that immediate anti-ageing effect and lift.

So, what exactly is the blue light doing?

“Dermatologists have good evidence to show that visible light triggers certain skin conditions, such as melasma, where the skin is stimulated to produce more pigment.”

“There’s also evidence that as blue light penetrates the skin, reactive oxygen species are generated, which leads to DNA damage, thereby causing inflammation and the breakdown of healthy collagen and elastin, as well as hyperpigmentation.”

There is mounting evidence that supports [blue light’s] contribution to photo-ageing, including wrinkles, worsening skin laxity, and hyperpigmentation.

“Although recently, scientific data points to blue light in general penetrating into the skin contributing to wrinkles, hyperpigmentation, and ageing, so, the more time we spend on our devices, the worse off our skin might be.”

Anecdotally, some dermatologists say they’ve seen what they believe is skin damage from blue light. “I am seeing a new pattern of hyperpigmentation in some patients that I am concerned is coming from holding a cell phone to their face, we have been tracking the effects of blue light exposure throughout the last few years. “Melasma is now often more on the sides of the face than on the central cheeks, where it had been most common.”

That’s not all. “Dark spots after acne are often worse on the side of the face where the person is holding their cell phone.”

“It seems that, in these cases, the cell phone being right on top of the skin surface is giving high levels of blue light to the skin.” Your computer screen, meanwhile, might not be so worrisome, because you sit farther away from it.

Luckily, a wave of blue-light-specific products that work to block the high-energy wavelengths radiating from the sun and your digital screens is hitting the skin-care world. “We do think there is a place for blue light protection within skin-care routines, especially if you spend a lot of time in front of digital devices.”

At Tibby Olivier, we have just launched Blue Venom and have a five phase ritual skincare system, containing two face creams (one for day and one for night), a face mask, face serum, and eye cream formulated with active extracts, to protect against blue light and to help protect skin against damage caused by environmental pollution to specifically help protect skin from blue light damage.

There is a place for blue light protection within skin-care routines, especially if you spend a lot of time in front of digital devices.

Some skin types might have more need for a blue-light-fighting serum than others, like people who have “sun sensitive” skin disorders, such as lupus and rosacea. (sunscreens, which protect against ultraviolet A and B rays, don’t do anything to help protect you from blue light rays.

In addition to catching the blue-light-fighting skin-care wave, we suggest lowering the brightness level on your screens to help prevent skin damage. (Just don’t dim it so much that you’re straining your eyes). And to cut down on the risk of hyperpigmentation where you hold your phone, go hands-free.